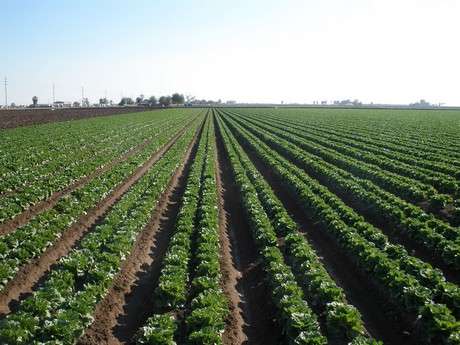 Spring has arrived early in Arizona. Either that, or perhaps winter never happened. This is what growers have observed in recent weeks as unseasonably warm temperatures persist over the state. As a result, many crops are in high production as sunshine and warm temperatures invigorate plant growth.

A number of crops are now weeks ahead in the season, prompting concerns regarding oversupply as well as potential gaps in the market later in the year. “The season is way ahead, in terms of plant maturity,” said Mike Etchart, of Everkrisp Vegetables. “We’re about 2 – 3 weeks ahead, which raises the chance of some crops finishing early. After that, we will move to other districts, potentially creating a gap later in the year.”
The oversupply will most likely result in a weaker market moving forward. “It’s not really a good thing,” Etchart continued. “Although the quality of the crops are excellent as they really enjoy sunny and warm conditions, growers are hoping to avoid bunching up. A glut in supply will lead to a slow market.”
Emmert explained that planting schedules are affected by such climatic conditions, which suppliers must work around to ensure customers continue to receive their produce in a timely manner. “With product coming on quicker than expected, planting schedules can deviate away from what’s been planned. But this is nature and it’s a case of managing through those schedules.”
With observed climate changes occurring and such events becoming more frequent, Emmert noted that growers have to respond and deal with it accordingly. “We used to have norms where we could plan out a season well in advance,” she said. “However, we are not really seeing that anymore. It requires growers to be in tune with the weather and, in turn, think about how to respond.”
Source:  FreshPlaza.com
×