To perform the study, the daily evolution of 28 samples was analyzed:

Temperature and humidity levels were adjusted to simulate conditions at a retail store. The average temperature was 22.5 ° C. Once the samples were packaged, the conditions, color, weight, temperature and relative humidity were measured at intervals of 24 hours during 6 days study.

COLOR: For both the Canarian and Cavendish bananas, color development was slower in the samples packaged with the PrimePro® film. Both types of banana packed in PrimePro® were approximately 0.5 – 1.0 “greener” on the banana colour scale than control samples of the same age.
WEIGHT: There was considerable difference in weight loss between bananas packed in normal film and ones in PrimePro® film. For the Canarian bananas, the weight loss 6 days after packaging with normal film was 38g, while the weight loss of fruit packed in PrimePro was 20g, which is 47% less. In the case of Cavendish bananas the difference was 26%. 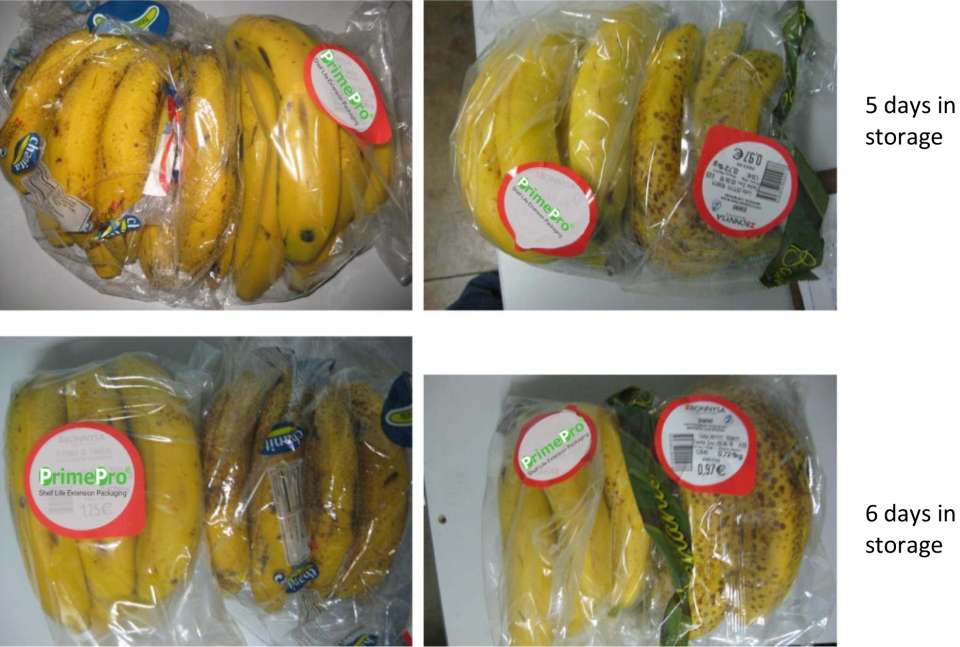